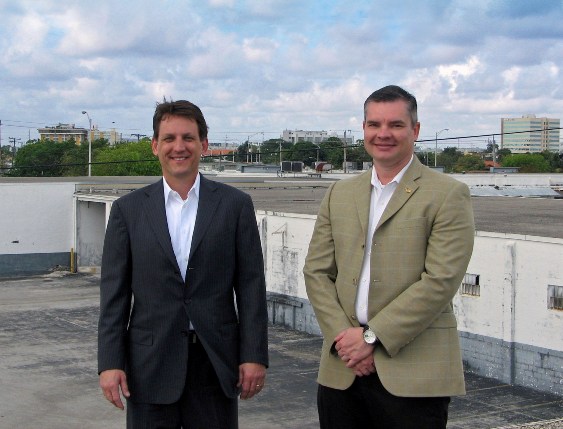 The site is the largest industrial site closest to Miami International Airport, Port Miami, downtown Miami and Miami Beach.  It is currently occupied by a 506,000 square foot rail served distribution center originally built by Winn Dixie in 1960 for food distribution.

Keating said that he was attracted to the site based on its location to MIA which is undergoing a $6 billion upgrade, Port Miami which is undergoing a $2 billion upgrade, central location to the 6 million person south Florida population and the site’s immediate access to Florida Highway 112 and Interstate 95. Along with re-leasing the existing building Keating said that based on strong demand the group is considering building a 400,000 square foot 40’ clear height port centric cross dock distribution center. It would be the largest speculative building ever to be built in Dade County.  He also stated that the group is considering the option of developing the site for retail based on strong demographics which drove Home Depot to build a store 3 blocks south of site and Wal-Mart to build a store 1 mile north of the site.

The ComReal Companies will market the property for lease. Ed Redlich SIOR, CCIM, Chris Spear and Edison Vasquez with ComReal represented the group in the purchase.